ABOUT WRAP WITH LOVE

Wrap with Love Inc is a not for profit organisation incorporated with the Department of Fair Trading, NSW, Australia. Wrap with Love has no annual membership fees or other regular financial support. We rely on your donations. Donations are not tax deductible. Wrap with Love is a non-denominational, non-racial and non-political organisation.

YOUR DONATION IS SO IMPORTANT

Your donations help to cover the costs of insurance, electricity, phone, internet, printing of bulletins, labels and postage as well as the continued supply of Wraps to thousands of people in Australia and around the world.

‘Cold humanity is our concern, people caring about other people.’

There are millions of people in the world suffering extreme cold. In 1992 Wrap with Love began with the idea to help as many people as possible by providing warm Wraps to ward off hypothermia and in the past 23 years we have sent more than 400,000 Wraps to people in over 75 countries, including Australia, with the help of our hardworking and generous volunteers.

Most of us can knit and sew. Just one square provides one twenty-eighth of warmth, and collectively, twenty-eight assembled squares create one whole warm and sheltering Wrap.

These photos have been taken at the warehouse of Wrap With Love in Alexandria. This is where the wraps are delivered and where they are folded, sorted and packed into bags for transportation within Australia and overseas to ‘cold humanity’ by bona fide Aid Agencies.

There is also an office where all administration is carried out – in between our jobs – and if time allows we knit and/or sew squares into wraps. We are known as the ‘Warehouse Wrappers’.

WE DO NOT BUY, SELL, OR TRADE WRAPS

The Wraps we provide cannot be bought sold or traded. They are caring gifts from the people of Australia to the people of the world.

Over twenty non-denominational and non-political aid agencies collect Wraps from our warehouse in Alexandria, NSW, to distribute them to those in greatest need. We rely on an Australia-wide network of caring volunteers to knit, transport and assemble Wraps.

When Wraps are finished, you can either organise delivery through a local drop-off depot, post them directly to us, or personally drop them into our Sydney warehouse.

Send us details of your knitting groups and we will add you to our list. Visit our Knitting Groups page for a list of regular knitting venues. 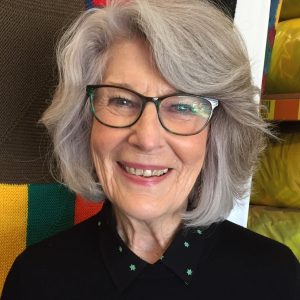 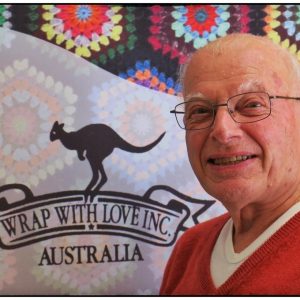 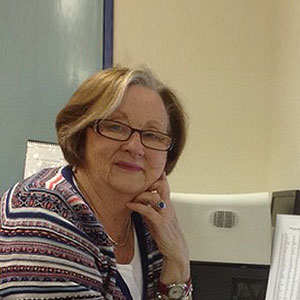 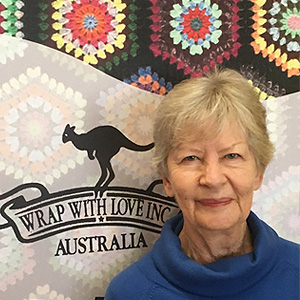 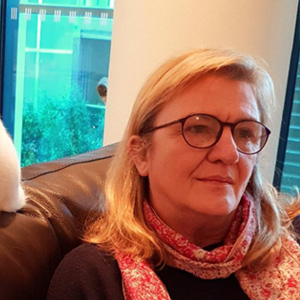 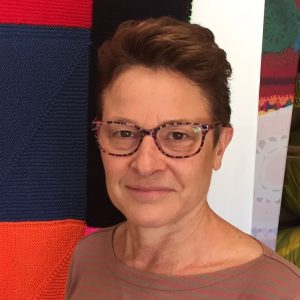 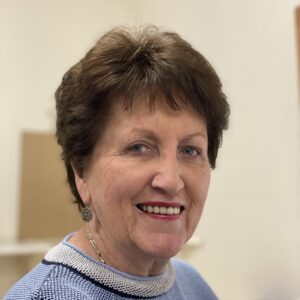 Wrap with Love was founded by the late Sonia Gidley-King, OAM in 1992. While watching a TV news program reporting a civil war in Mozambique, Sonia wondered how she could help alleviate the trauma and loss experienced by the victims of the war. Aware of how few possessions people are left with in the aftermath of war and natural disasters and with a cupboard full of leftover wool from years of crafting, she called her network of friends to start knitting 10 inch squares which could be sewn together to produce wraps.

Before long, Sonia and her friends had 38 wraps ready and they were shipped to Mozambique in a container of farm machinery destined for the war-torn country. The next shipment left 4 months later, with 228 completed wraps.

Wrap With Love’s first home was at the Convent of the Sacred Heart, Rose Bay.Squares and wraps started to arrive, volunteers sewing up the squares, doing the office work and picking up yarn, squares and wraps. Three months later, the Greek church in Rose Bay generously offered us space in their church hall. Their involvement lasted 9 years. Thanks to the support of Sydney City Council we then moved to our present location, a warehouse in Alexandria.

Sonia realised very early that the costs and logistics of distributing the wraps would be an issue, so she contacted aid agencies such as Austcare, War Widows’ Guild, the Salvation Army and others. Building on this foundation, we now have regular calls for wraps from World Vision, Mission Without Borders, MongoliAid, Crossroads, Youth Insearch and Rotary. Since our inception, our wraps have been delivered to more than 40 countries, (and that number is rising) especially after major disasters.

Wraps are also donated within Australia through charities operating here to the homeless, asylum seekers, refugees, nursing homes, youth organisations, flood and fire victims and other needy people. Cold humanity is our concern, humans caring about other humans, whether next door or across the world.

Wrap with Love is deliberately not a charity. It is a ‘mission of mercy’, a positive organization that crafts blankets for those around the world in desperate need of warmth. Our motto is “Helping to save cold humanity”. It is non-denominational and non-political. All volunteers work for Wrap with Love on a voluntary basis. No-one is paid for any work. Donations are received in money and yarn and a few grants have been successfully applied for. In 1996 Wrap with Love became an incorporated entity and in 1997, this project for Cold Humanity was officially recognised with Sonia Gidley-King being awarded with the OAM in the Australia Day Honours list. Sonia died in 2010 and through the support of many generous people, her work continues.